Welcome to my Rabbit site!

This car is a 1981 VW Rabbit Diesel L that was purchased in May of 1981 by my parents. I wound up buying the car from them when I was graduating from high school, and it became my college car for the next 5 years.

Eventually, I got another car that was more reliable, and I sold the car back to my parents. Several years later, they offered it to me again, and I took it. That was in 1999.

I've had this car for the past 15 years with hopes of restoring it. I'm still hoping to restore it at some point (Hopefully soon!), but for now I tinker and try to keep it on the road.

I wound up relocating to Orlando, FL, so while we don't get snow anymore, I can't really drive this car in the summertime. It makes a great winter car, though!

I will continue to use this site as a work log of sorts. Hopefully I wind up writing a lot more in here over the coming years! 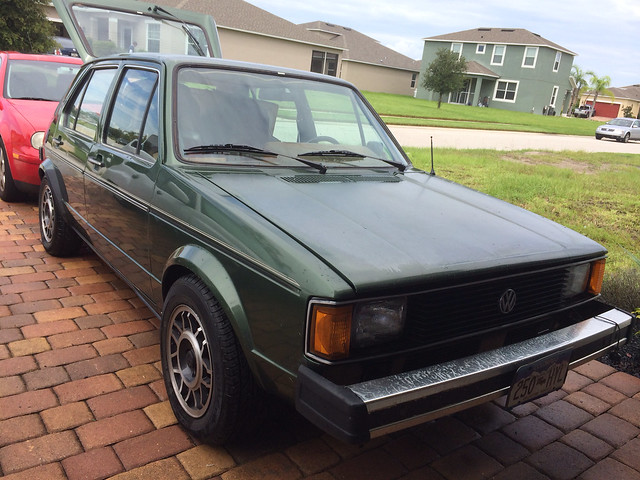